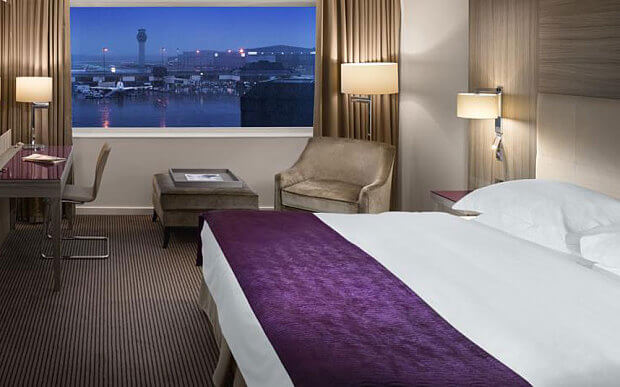 This hotel is in the city center

Museum of Science and Industry


Manchester  is a city, and metropolitian borough of Greater Manchester, in North West England, with a population of 514,417 in 2013.It lies within the United Kingdom's second most populous urban area, with a population of 2.55 million, and third-most populous metropolitan area.  Manchester is ranked as a beta world city by the Globalization and World Cities Research Network and is consequently the highest ranked British city except for London. Its metropolitan economy is the third largest in the United Kingdom with an estimated PPP GDP of US$92 billion as of 2014. Manchester is the third-most visited city in the UK by foreign visitors, after London and Edinburgh. It is notable for its architecture, culture, musical exports, media links, scientific and engineering output, social impact, sports clubs and transport connections. Manchester Liverpool Road railway station was the world's first inter-city passenger railway station and it was in the city that scientists first split the atom and developed the stored-program computer.

Manchester is characterised by dense urban and industrial development, which includes centres of commerce, finance, retail and administration, as well as commuter suburbs and housing, interspersed with transport infrastructure such as light rail, roads and motorway, and canals. There is a mix of high density urban areas, suburbs, semi-rural and rural locations in Greater Manchester, but land use is mostly urban. Manchester city centre is the commercial and geographic heart of Greater Manchester, and with the adjoining parts of Salford and Trafford, is defined as Greater Manchester's "Regional Centre" for purposes of urban planning and public transport. Greater Manchester experiences a temperate maritime climate, like most of the British Isles, with relatively cool summers and mild winters.

Manchester has undergone something of a modern day Renaissance with the introduction of initiatives such as the wide-ranging Castlefield project with its museum complex on Liverpool Road. The extension of the city's entertainment and sports facilities has considerably enhanced its attractiveness for tourists, and the city center has undergone extensive redevelopment. It has also become a favourite for shopping. An enormous range of retail opportunities including the elegant shops of St Anne's Square, King Street and Royal Exchange, and the large covered market halls of Bolton Arcade. There are lots of things to see and do in Manchester, from the arts to sports, history, and other entertainment. Highlights are the Castlefield, Museum of Science and Industry, Manchester Cathedral, Chetham's Hospital and Library, Manchester Town Hall, Manchester Art Gallery, Chinatown, People's History Museum, Manchester Wheel, Heaton Park and Platt Hall.